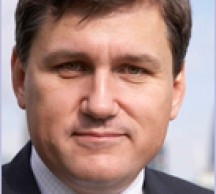 Deputy Mayor of London for Business and Enterprise

In Boris Johnson’s second term as Mayor (May 2012-2016), Kit Malthouse is the Deputy Mayor with responsibility for promoting London businesses, jobs, apprenticeships and economic growth, and will be London’s spokesperson on economic issues. He is a qualified accountant and runs several of his own businesses.

After completing his degree in politics and economics at Newcastle, Kit qualified as a Chartered Accountant with an international firm in the City of London. Since then Kit’s life has been split between his family, his business and London politics.

In 1998 he was elected to Westminster City Council. Kit’s first major job on the Council was to head the Social Services department, dealing with the elderly, disabled, children and vulnerable people. During his time in the department he initiated a number of radical policy initiatives, most notably more than halving the number of street homelessness in the City, and steered the Department towards achieving the highest marks in the country from the Social Services Inspectorate.

Kit was then elected as Deputy Leader of the Council and was appointed Cabinet member for Finance by Sir Simon Milton, the Council Leader. During the five years he remained in this job he increased council reserves by more than £50m, delivered one of the lowest council tax levels in the country, and was part of the team that kept Westminster at the top of the league tables throughout.

He was elected to the London Assembly on 1 May 2008, representing the West Central Constituency and was appointed Deputy Mayor – Policing, by Boris Johnson. Kit became Vice Chair of the Metropolitan Police Authority in October 2008, and in January 2010 was nominated by Boris Johnson to succeed him as Chair. In January 2012 he became the first ever statutory Deputy Mayor for Policing, under the Government’s Police and Social Responsibility Act of 2011.

Following Kit’s and Boris’s re-election on 3 May 2012, Kit took up his current position as the Mayor’s chief aide on business matters.  In August 2013 he was appointed as Chair of London and Partners, which is the city’s official promotion and inward investment agency.