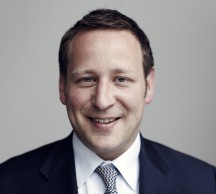 Parliamentary Under Secretary of State for Culture, Communications and Creative Industries

Ed Vaizey was appointed Parliamentary Under Secretary of State for Culture, Communications and Creative Industries in May 2010. He is the Conservative MP for Wantage and Didcot.

He was educated at Merton College, Oxford. After university he worked as a political researcher, before training and practising as a barrister. From 1996 to 2004 he was director of a public relations company. In 2004 he became a political speech writer. He was Shadow Minister for the Arts from 2006 to 2010.

The Minister for Culture, Communications and Creative Industries is responsible for the following policy areas at the Department for Culture, Media and Sport: broadband, spectrum and telecoms, culture, heritage and the built environment, internet and creative industries, libraries, media, museums and galleries.

Ed is married with 2 children.