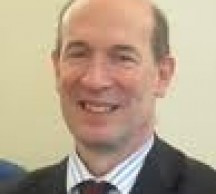 Stephen Pattison is VP Public Affairs at ARM. He is responsible for ARM’s involvement with and contribution to policy and government thinking across the world. Prior to joining ARM, Stephen was CEO, International Chamber of Commerce UK, where he represented the interests of a range of companies and focussed on various policy and international trade issues. Before that he worked for James Dyson as Head, International Business Development, where he introduced new products into  new markets as well as accelerating growth in existing markets.  He was once a British Diplomat, working at the British Embassy in Washington, and as Director, International Security at the Foreign Office in London. Educated at the Universities of Oxford and Cambridge, Stephen also spent 2003-4 at Harvard as a Fellow in International Affairs.